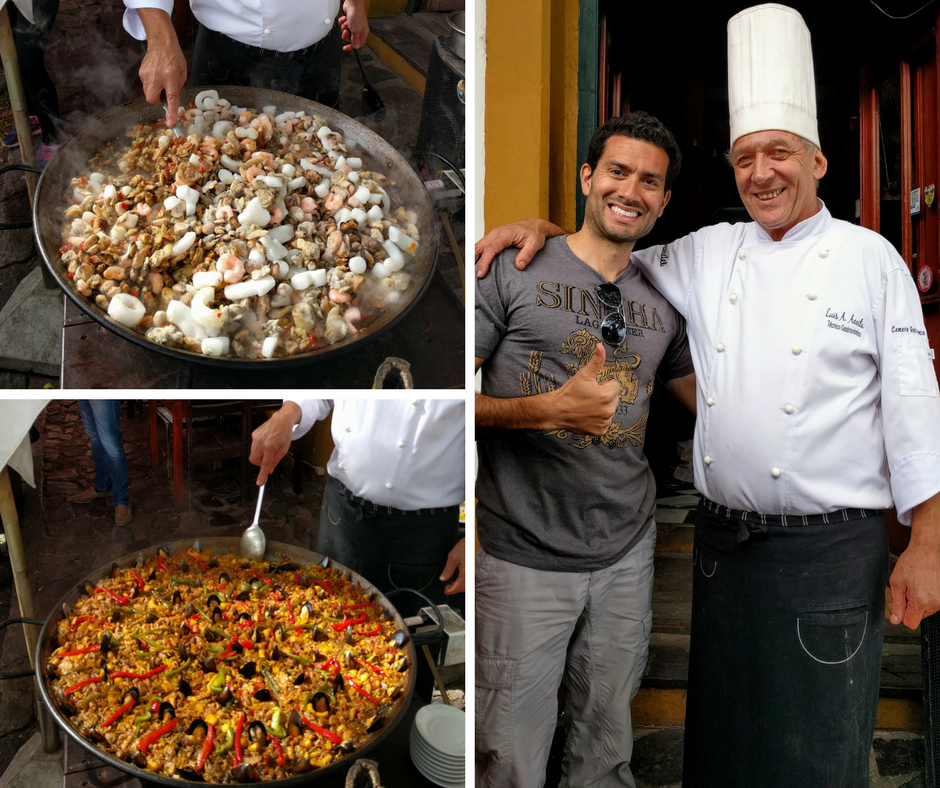 Everyone is seeking the recipe for success. During an unexpected trip to Uruguay this week, a small-time chef with a five star smile shared his recipe with me.

Chef Luis didn’t teach me his secret in English or Spanish. He used the universal language of Paella. Paella is an ancient food, estimated to have originated circa 1000 years ago. Found in the Middle East, Europe, Africa and South America, Paella is made with a multitude of different ingredients unique to each region but with one common component – an over-sized frying pan known as the ‘patella’. When I crossed paths with Chef Luis at 10am in the riverside city of Colonia, he was pouring a 5 gallon bucket of seafood and vegetables into his patella. He smiled at me and my travel mate and told us, ‘Come back at 12:30pm – it will be ready.’

This post marks my last for the April Challenge series. Those participating in the challenge have shared trials, victories and frustrations along the way. Through it all, however, we find ourselves together now at the finish line! For some of us, we are excited that we met our original goal on time. For others, we discovered that there is power in allowing ourselves to adjust objectives midway without shame or embarrassment. And still more of us may choose to continue our April goal into May to see it to completion. Herein lies our ‘patella,’ the key universal component: growth happens during the journey, not at the destination.

Chef Luis was true to his word and at 12:30pm he handed us two small plates to sample his freshly made Paella. Gorgeous saffron-colored rice bursting with mussels, clams, squid, shrimp and fish commanded my full attention. The taste was exquisite; complex and hearty with flavors that sang of coastal waters and local farms. But the most amazing thing was that my tutor/chef had done it all without a recipe. The day’s catch, a few South American staples (corn, peppers, rice) and the steady hand of a committed cook were his script for success.

A goal, like a recipe, can be simultaneously comforting and intimidating. But like the best meals often come without a recipe, so too are the most impactful goals often borne from the heart. It is unheard of to discard a partially cooked meal because of a missing ingredient or an unexpected delay, yet we often justify abandoning our goals for exactly those reasons. Wherever you stand today with the April Challenge, know that you are the chef and the world will be inspired by your passion. Never stop cooking.

My sincerest thanks to Chef Luis of Restaurante Rio De La Plata! 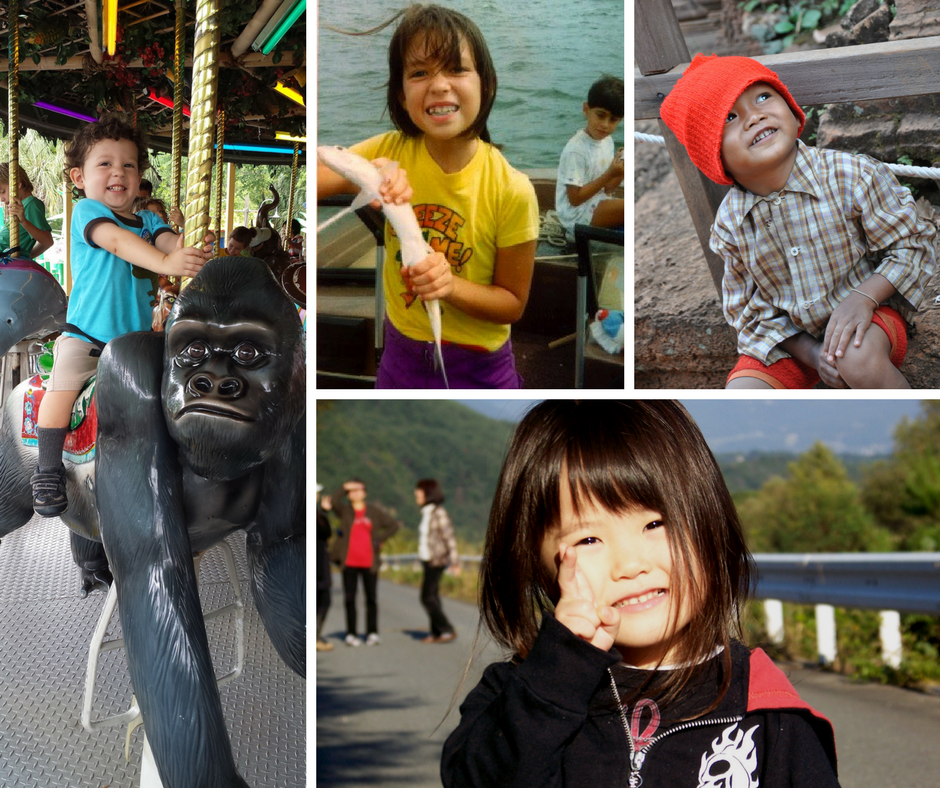 We must accept a universal truth: Kids don’t like to eat the crust. An endless battle for parents, this truth is a powerful tool for meeting goals.

Be it toast, peanut butter and jelly, grilled cheese or otherwise, kids have always preferred the core over the crust. It is not hard to understand why. Experience has proven to all of us that the soft part of the bread has the best texture, the freshest taste and is the easiest to chew. Even as adults, many of us still pick the soft core out of fresh bread served in high-end restaurants. We’ll never admit it to our kids, but we all know it’s true!

I find that a child’s approach to eating a sandwich is the roadmap to success in achieving goals. To the child, there is no sorrow for what they didn’t eat. Instead, they celebrate every bite of what they wanted to eat! They eat in perfect contentment until they are full, and then they leave the rest behind. Usually, the remains are not pretty; picked over and mangled like a wild animal came and plucked all the best parts out.

The same should be true of our goals. Goals are meant to be enjoyed. They should feed the body, mind and spirit and help us grow over time. While it is easy to build a goal that looks wonderful (like a good sandwich), finishing that goal is not always uniformly enjoyable. There are parts that we really like and parts that we don’t like that much. As adults, we try to force ourselves through what we don’t like by using discipline, logic and will power. Parents use the same tactics when trying to get their kids to eat the crust. And often, like parents, we find ourselves frustrated and defeated when our tactics don’t work. Even worse, we look back on the whole experience as a failure. Rather than approach our goals like the parent, I advocate that we approach them like the child.

Our April Challenge is entering its final week. Some of us may feel proud of our progress while others may feel discouraged. If challenges or doubts tempt you to quit or feel ashamed, remember what generations of children have taught us about bread: it is better to enjoy what we eat than it is to finish it all.

We all set goals that we knew we would enjoy. We spent three weeks overcoming distractions and making progress together. We must not let shame spoil the taste now! Keep working, keep growing, and enjoy every bite. After all, the best part of any sandwich is the core – not the crust! 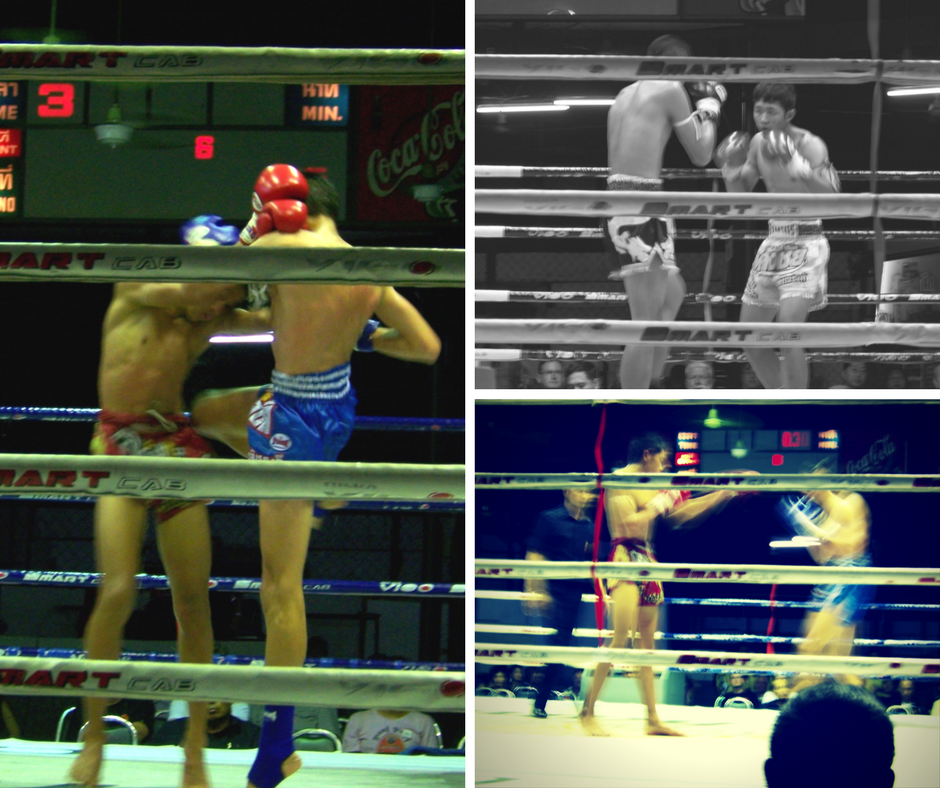 History is written by those committed to the struggle, the fight – ‘La Lucha.’ While most goals do not make it into history books, there is comfort in knowing that nobody finds achievement to be easy. Meaningful goals always involve a struggle. It is in that struggle that we find courage, learn to trust our community, and expand the limits of our own capabilities.

Our April Challenge has entered its second week. For those participating, you may be feeling some of the struggle I am talking about. With nearly half the month past, progress can sometimes be less easy to quantify. My goal for April is to write 5 consecutive blog posts before April 30, 2017 that give practical guidance on how to set, maintain and achieve goals. While this post completes the third in my series of five, it has been harder for me to author this series than any other individual post on the Me.Now. blog. Organizing, researching and crafting my posts – knowing that they must all work together while also offering incremental encouragement – has taken me firmly out of my comfort zone. But despite the challenge, I remain confident that the goal was properly set (P-I-R-A-T-E) and that victory only comes after the fight!

Every goal has a midway point; the peak where the struggle is greatest and fear and doubt try to press in. As you approach your peak, know that you are not alone. I am trudging through my struggle now; hoping that this post resonates with readers, questioning if this series is making a difference, and fearful that I will fail to encourage those who trusted me with their own April goals. I am choosing to embrace the struggle; to recognize that I will learn from it only if I let it teach me. The fear and doubt that I feel are distractions. They bring no benefit and instead try to rob me of the fulfillment that the struggle promises.

Take heart during your struggle. You can achieve what you have set out to do! There are others struggling to climb the peak with you, even if you do not yet know their names. ‘La Lucha’ is hard. It is a road paved in doubt and fear. But roads are built to be traveled, not to be destinations. The place where the road ends is the goal. 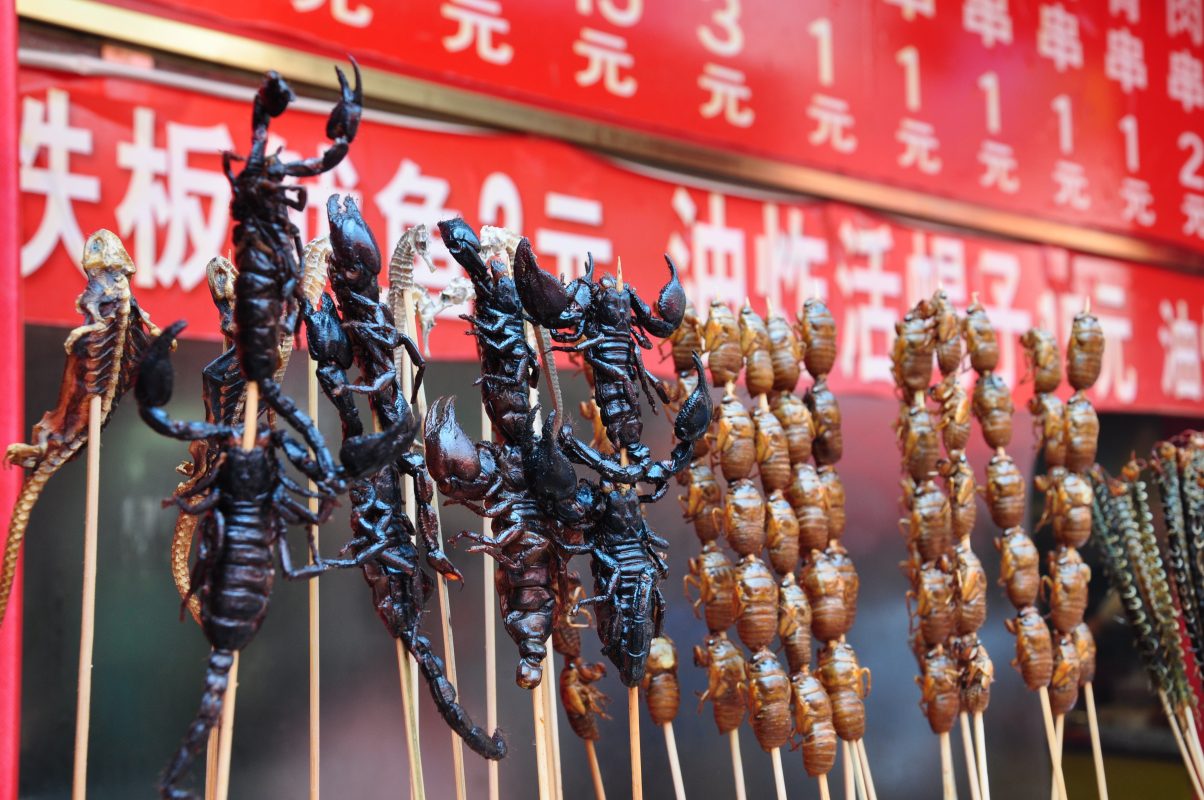 Distractions are innumerable, ever-present and fully unavoidable. Anyone who says we should ‘avoid distractions’ is clearly not living in the same world as the rest of us. Reaching goals is about managing and prioritizing distractions without losing sight of the original objective.

Success is not found by avoiding distractions, but rather by acknowledging them for what they are – options. And like all options, distractions can be acted upon or ignored. While distractions may masquerade as obligations or demands, the fundamental difference is that distractions lose power over time.

As an example, an electric bill is an obligation. If you ignore it, it does not go away – your lights do. In contrast, an incoming call on your cell phone is NOT an obligation. If you ignore it, it will likely go to voicemail or come back as a text message. While I am not advocating that we ignore every call or jump up to immediately pay our electric bill, the comparison is sound.

When we work toward a goal we must give ourselves permission to prioritize the goal first. By doing so, we take power away from distractions before they even present themselves. Commitment to the goal gives us the space we need to see distractions as options rather than obligations. This is especially important when you encounter a distraction that could benefit your goal. For example, while cooking your grandma’s soup recipe you see an incoming call from grandma! Eureka! Answer the call and talk to the source directly – this distraction benefits your goal.

Last week I invited anyone reading this blog to pick a goal for April. Many did, and I invite those participants to give us updates using the comment box below. For those that did not set a goal last week, I wonder how many thought, ‘I should pick a goal,’ only then to have a distraction divert their attention elsewhere. If that happened to you, that is totally okay! Share your goal now and commit to it – there are still plenty of days left to complete the April challenge.

Distractions can be overwhelming; we all know it. Rather than let ourselves feel obligated to them, let us instead see them for what they are – optional. We are obligated to our goals; the distractions are just jealous. Let them be.