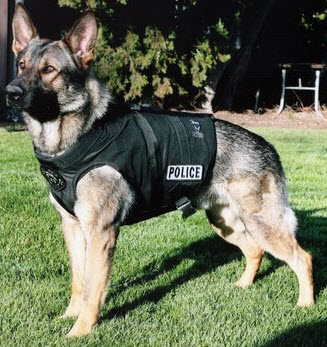 The most intense, focused resolve that I ever witnessed came in the form of a K9 police dog takedown. As part of a military training exercise in 2003, I watched a military police trained German Shepherd sight, close, and attack a mock-suspect. What impressed me the most during the demo was not the control and precision of the K9 handler, but rather the unwavering commitment from the animal to complete its assigned task. The dog moved like a targeted missile, closing the distance quickly without a moment’s hesitation after being given the command. It struck the mock-suspect hard, dedicating every bit of strength, focus, and ferocity to neutralizing the perceived threat.

For those watching with me, we knew how the exercise would end. The whole scenario was rigged, after all. The suspect was wearing a padded suit, knew where the animal would strike, and had multiple safety spotters – to include the K9 handling officer. It was an exercise with a limited time-frame where nobody was going to get hurt. After a few seconds, the K9 officer would give the stop command and the audience would smile and praise the impressive display. We all knew that… except the dog. For the dog, there was no ‘routine exercise’. The dog had one objective only: takedown the target by any means necessary. For the animal, the padded suits, staged theatrics, and amused spectators were inconsequential to the decision to attack.

With 2017 upon us and the question of what (if any?) resolutions to set, I find myself taking a lesson from that brave police dog. Too often we treat the changes we want to make as if they are only exercises or experiments; demonstrations for a closed audience and a limited time. We become distracted by fear, fun, or frustration and lose some of our original commitment to the objective. This year, I challenge all people to consider their goals through the lens of that K9, where success is the only option. We all want to overcome some aspect of our life that keeps us from where we want to be. This year, I propose we attack that goal with ferocity and resolve that is blind to distraction.

Before we all bolt off with teeth bared and hair raised, keep in mind that no K9 operates alone. Every dog has a K9 handler and only together are the pair an effective team. They train, sleep, eat, live and serve together. They are family, friends and partners. The community they have with one another is what allows them to stare fear in the face and stand resolute. As you consider the fight ahead to reach your ambitions, know that our community is ready to stand with you. Resolve is always greater together.