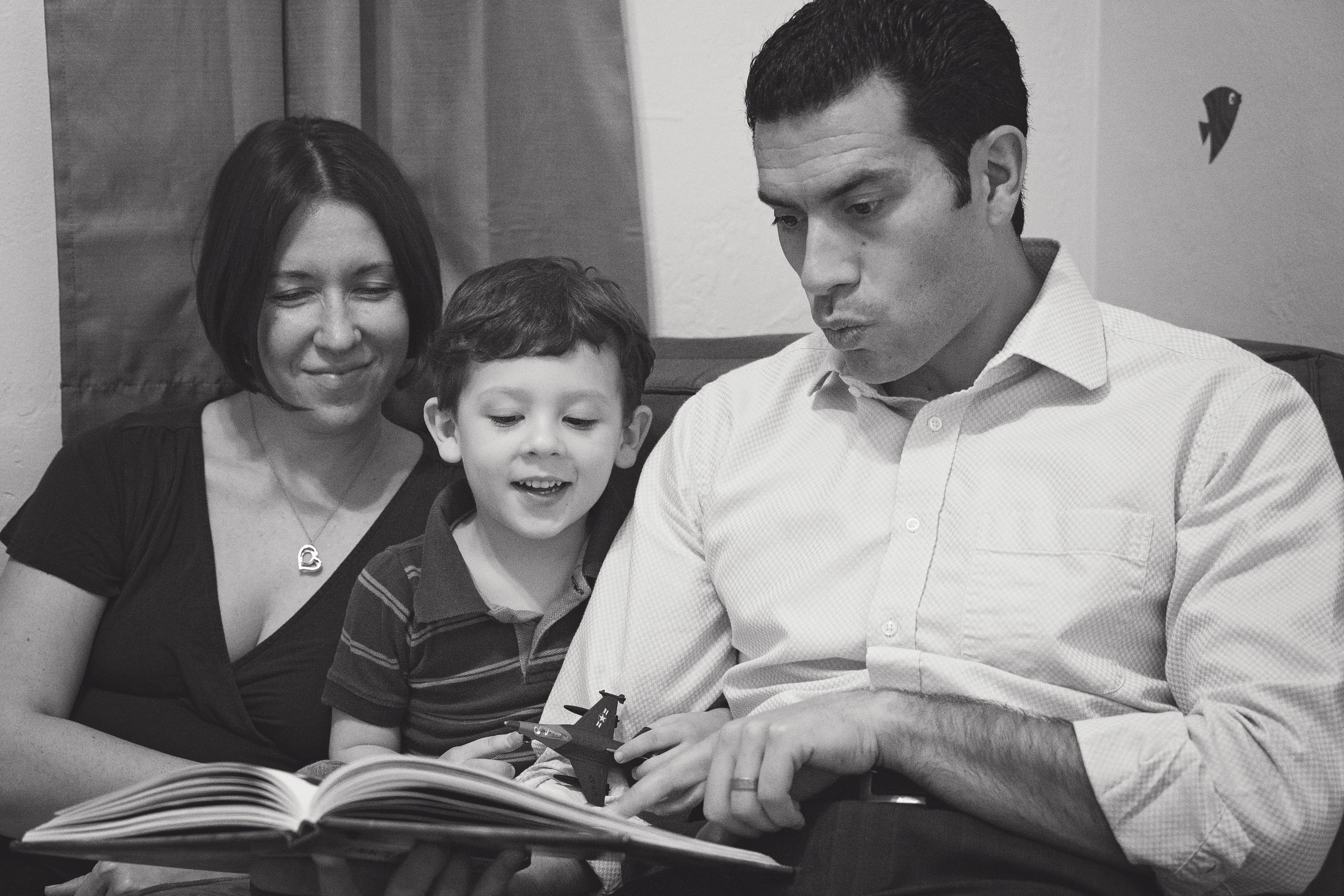 My dearest little man. I am so excited for you to discover the wonders of our world. Love, adventure, joy and discovery are just a few of the gifts that make life breathtaking. Of all the wishes and dreams that I carry in my heart for you, none is greater than my hope that you will live your life to its fullest.

Know that wishes and dreams can be elusive things, my love. They can seem tauntingly close and painfully distant at the same time. They can lift us up or break our spirits with equal ease. For many, the evasive nature of dreams can cause pain too great to bear. Others tire of the chase and accept a lesser prize, unsettled and forever caged by curiosity about what might have been. But those that can persevere through doubt, fear and uncertainty are a rare and special thing. Find those few, surround yourself with them, share life together and you will never lack the courage to keep seeking.

Each of us encounters obstacles in our journey; people, resources, even knowledge. While some hurdles can be overtaken gracefully, others may seem woefully daunting. Resources and knowledge are the simplest to overcome; they are commodities that can be grown, traded and shared if ever you are lacking. People, however, pose the most challenging obstruction to navigate. In moments when you find yourself overwhelmed by relationships, sentiments, or social expectations, always remember that people are meant to encourage one another. Those that offer shame, hate, anger or derision in place of encouragement walk a different path than yours. Trust yourself to prevail against all barriers and you will. Take heart that you will find the way and lead others along with you.

I hope to grow old with you, my boy. I hope to share in your journey and see you impact the world for good in ways that I cannot imagine. I hope to be the encouraging voice that supports your dreams and emboldens you to pursue greatness. And in the moments when I am the obstacle, I ask that you remind me of my great wish for you. And I ask that you take heart, find the way, and lead me along with you.

I will love you always – Daddy

Me.Now. is proud to celebrate International Women’s Day (IWD) with our weekly blog post! I am the product of 3 generations of dedicated, high-achieving women and I am hopeful that I will get the opportunity to raise a daughter to carry that proud heritage forward. IWD is committed to the goal of full gender equality for women around the world. Like IWD, Me.Now. recognizes that the only future worth pursuing is one where gender equality is beyond question.

IWD’s commitment to gender equality started in 1908 when a group of 15,000 women rallied in New York to demand voting rights, better pay and healthy work conditions. 109 years later, IWD’s goal for gender equality still has not been reached – but it is getting closer. IWD exemplifies the perseverance and the unstoppable progress that can be achieved when courage and commitment meet. Me.Now. strives to emulate the community and encouragement shared by IWD and millions of women around the world.

My father died when I was a toddler. I have no memories of him. My memories are of my mother and grandmother, who raised me together until I was 5 years old. While I admit to having the cultural advantage of being the first-born boy in a Hispanic family, my childhood was framed by responsibility and independence as much as it was by hugs and kisses. My mother and grandmother were the picture of discipline and determination. My mom, an Air Force veteran and widow, worked two unskilled jobs to support the two of us. My grandmother was born in Mexico and worked as a small business book-keeper in Arizona to build her English skills and raise her family as proud, first-generation Americans. Growing up with these two women as my guides, I had to learn to dress myself, feed myself, and care for myself from a very young age while they worked countless hours to break through cultural and gender stereotypes in the early 1980s to earn a living wage. I could not have asked for better examples of courage and ambition than my mother and my grandmother.

My mom has two sisters and one brother. In a funny coincidence, she went on herself to have two daughters and one son. Every woman in my family, from my youngest sister to my oldest aunt, fosters the tenacity and fearlessness of my mother and grandmother. As a result, our family gets to celebrate the stories of these women – all of them educated, self-made successes – and see first-hand how ignorant stereotypes crumble in their wake. Even more valuable, the men in our family have the benefit of growing up from a foundation of gender equality. A foundation paved by 109 years of courage.

My son will never know bias against women until he encounters it from his peers. When that day comes, I can only hope his mother, grandmother, great-grandmother and father have prepared him to reject sexism, advocate for equality, and advance our world to a better tomorrow. 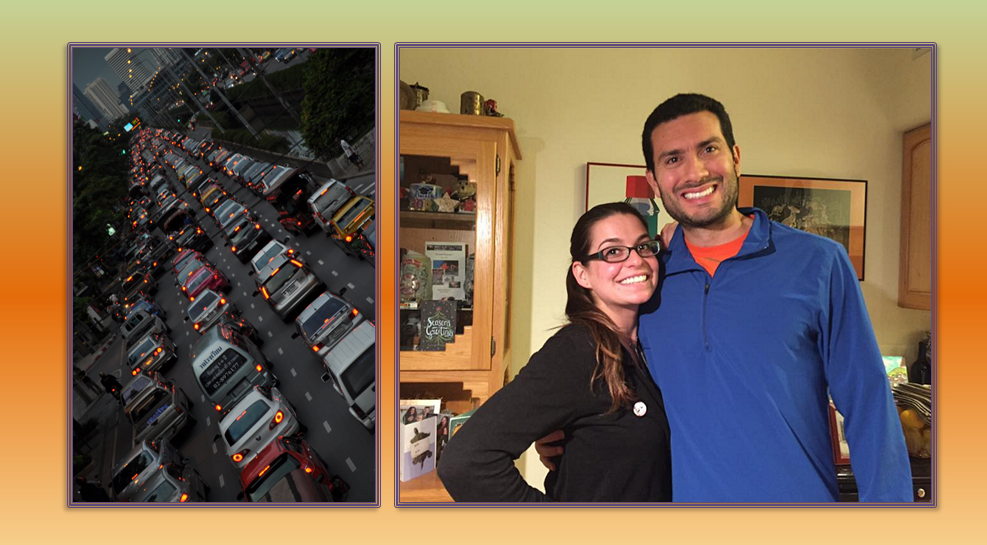 One of my earliest childhood memories is sitting in the back seat of a 1970s era Ford Bronco II watching cars on the other side of the highway drive by. I remember realizing on that day that every car had a driver, an individual going to and coming from somewhere different than me. For an instant, our lives were crossing at an unknown mile marker on an unimportant Pennsylvania road, likely never to cross again. It was the first time I connected that I was only one (small) person in a world full of people.

On the way to school the other day, my 4 year old son looked at the traffic outside his window and asked me, “Daddy – is that car going to school also?” His question immediately took me back to that rural highway from my childhood. I will save you the back-and-forth discussion that followed; anyone who has ever had a conversation with a 4 year old likely knows how it went. But what I took away from his question was that every car still has a driver, and every driver is still going to somewhere and coming from somewhere.

I have always hated long road trips. Hours sitting in one place never suited me very well. My youngest sister, on the other hand, wrote the book on cross-country car travel. If you ever meet her, you’ll likely wonder how we could be related… until you hear her talk about the future. Like me, she believes without a doubt that we shape our own lives. Nobody and nothing can hold us back if we want to move forward. My sister is a driver, not a passenger. She goes where she chooses, overcoming risk with total confidence that the road ahead will only end where she decides.

Too often, we find ourselves living like passengers rather than drivers. Whether we sit quietly or complain the whole time, we ultimately let someone or something else do the steering. It is always easier to be a passenger rather than the driver: no need to pay attention to the road, no decisions, no stress from other drivers. For all the ease, however, the cost is significant – you only get to go, see and experience what the driver chooses. Even worse, passengers often don’t realize that the drive is over until the end – when it is too late to drive anymore.

The status quo exists because of passengers. Anything you can think to change can be changed if you become a driver. Passengers look down, away or even choose to sleep during the ride. Drivers look ahead, beyond and around in order to get where they want to go. No matter how hard or uncomfortable the trip may be, always be the one holding the wheel.